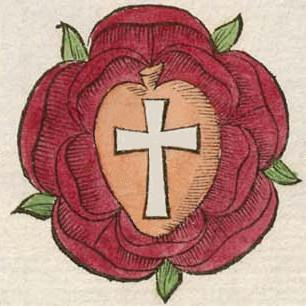 Rosicrucianism emerged in Germany in the early 17th century as a religious, yet scientific, philosophy that sought to explain the essence of God and nature.  The movement was a component of the early Enlightenment, and its challenge to the dogma of the Church forced its adherents to compile and profess their work in secret.

Three Rosicrucian Manifestoes, Fama Fraternitatis, Confessio Fraternitatis and Chymische Hochzeit, were published between 1614 and 1616. These works, along with others, were likely influenced by older Eastern texts and were a mix of allegory and symbolism, as well as progressive ideas concerning medicine, mathematics, chemistry, and astronomy. Their purpose was to propose a general reformation of society on all levels: social, spiritual, scientific and artistic. The open invitation by these Rosicrucian manifestos addressed the idea of reformation to all learned men in the world.

In the early 18th century the scientific ideals of Rosicrucianism began to make their way into the progressive social contracts that formed the basis of modern Freemasonry.  From that point forward Rosicrucianism and Freemasonry worked hand in hand to promote freethinking, social progressivism, and scientific discovery.